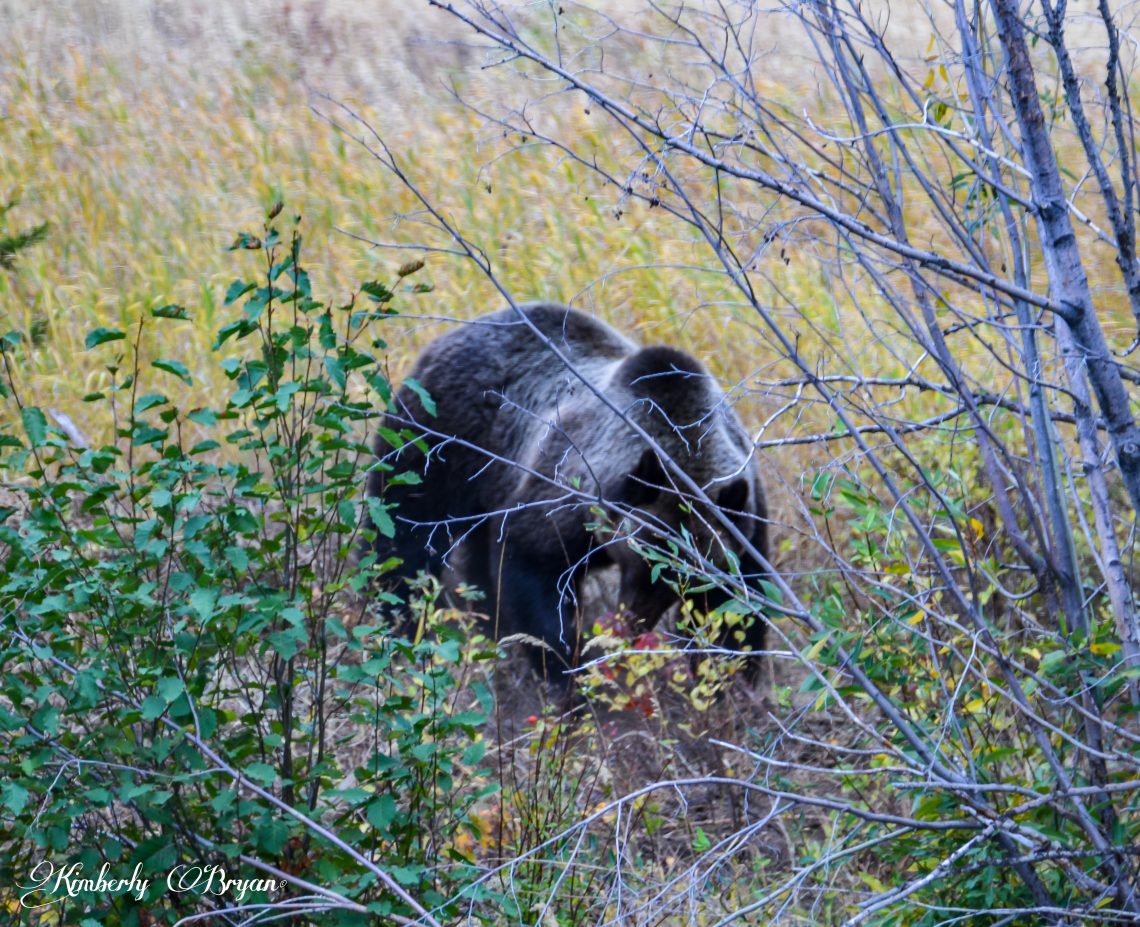 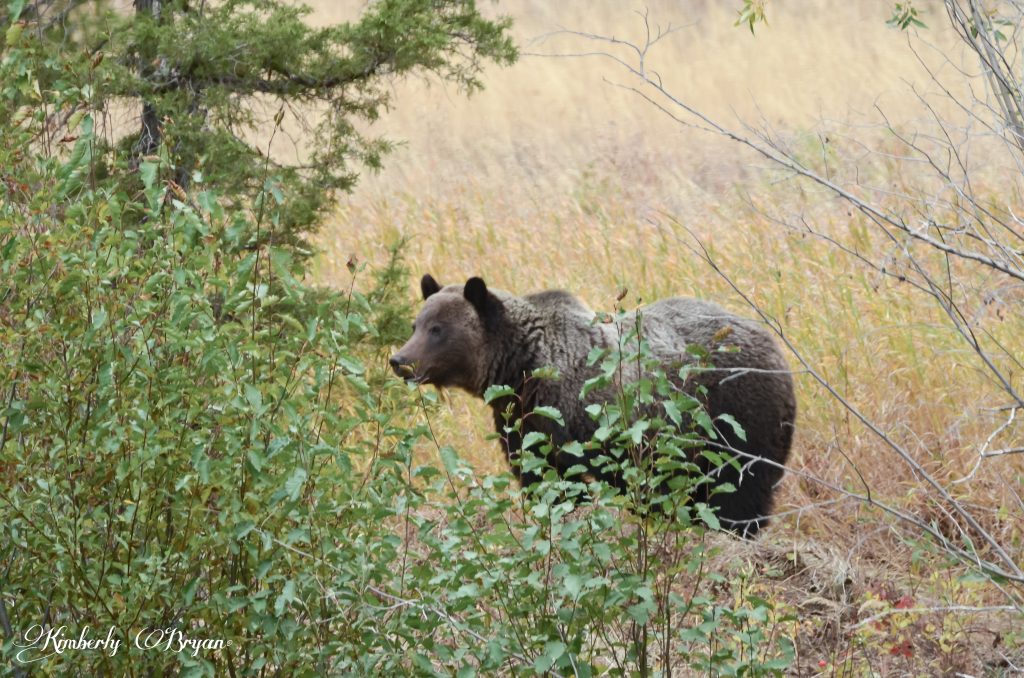 You know when you’re in Wyoming’s Yellowstone National Park when you see a Grizzly! The trip through Yellowstone just doesn’t seem complete without seeing one of the giant Brown Bears or Grizzly. 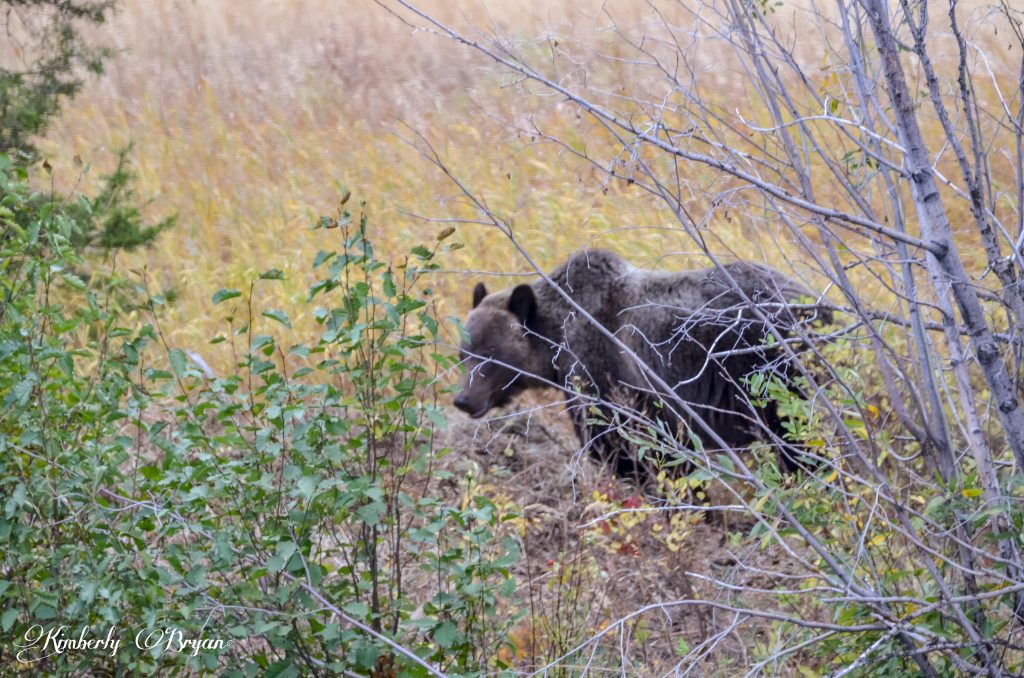 This was the second day into the park and the first day we saw a sow grizzly with two cubs not to far down the road from this one. This could have very well been her, she may have chased off the cubs for the winter. They did seem rather large to still be with her. I’ll share photos of the three of them, in another post. 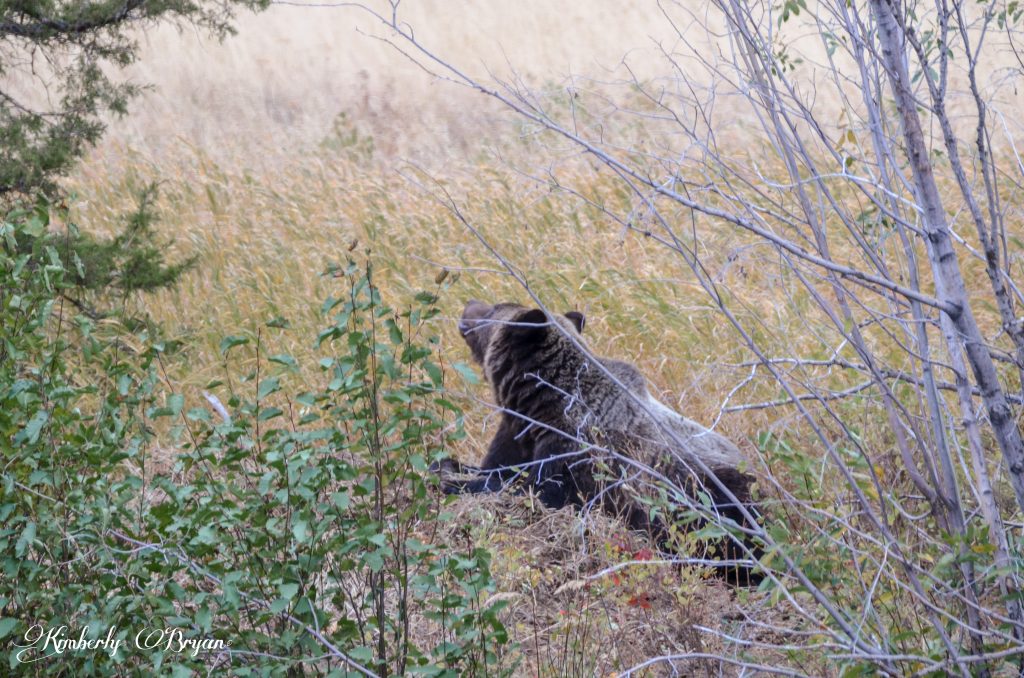 When we first saw this Grizzly, it was eating on a deer carcass for quit some time. I have no idea how long he had been there prior to us stopping and watching him.

But it didn’t take him long to decide that he was finished, and covered it up with some branches and foliage.

Then walked away and laid down to take rest. He was very content with his fully belly and laid around smelling the air and watching us. 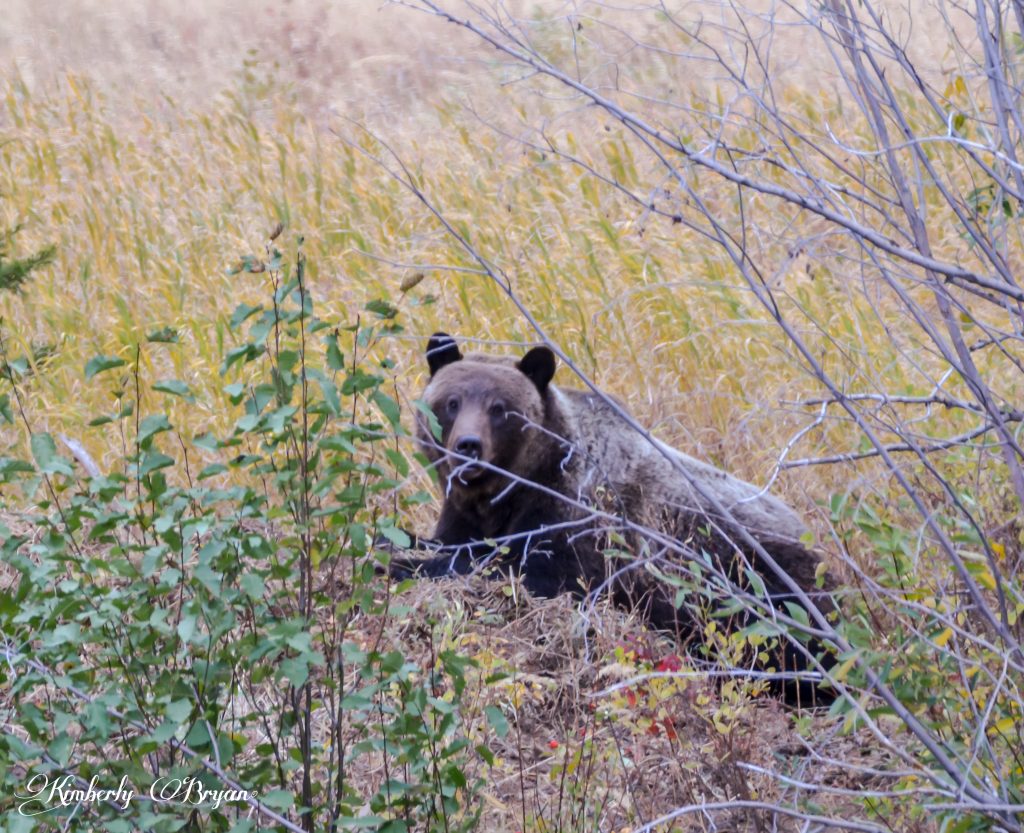 After lying around for a good half hour, the grizzly got back up and began digging around. Throwing dirt, sticks and brush everywhere.

What ever it was he was after, he was really digging into it! 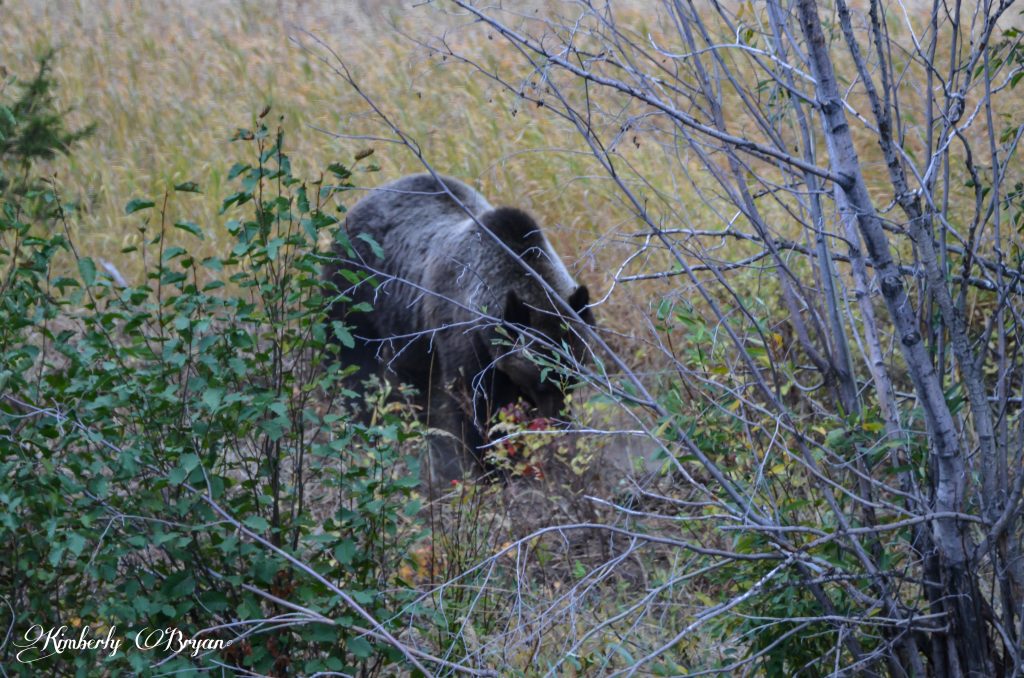 We probably watched this bear for a good hour or more. It was so amazing to photograph this beautiful animal in its natural habitat.

The sheer size and strength of this grizzly was breath-taking. His coat was beautiful, shiny and healthy, I could see he was ready for winter. 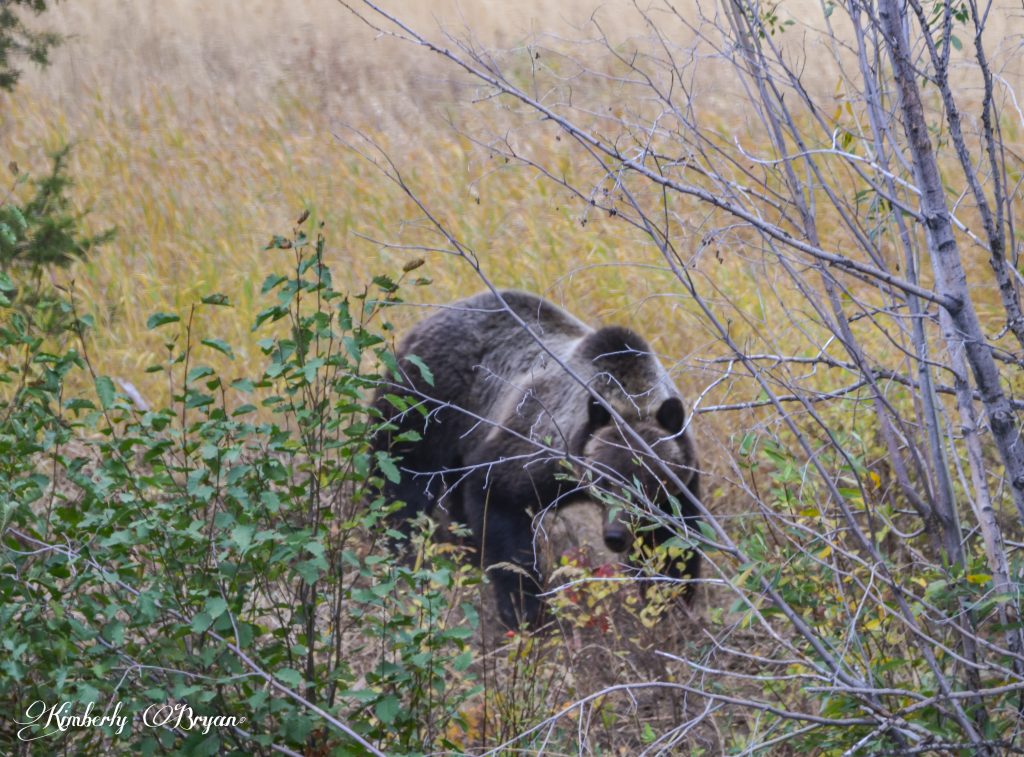 Even though he looks rather close, I assure you, he was not. I was photographing with a Tamron 150/600mm zoom lens. So this grizz was quit a ways away. He was very calm and undisturbed by us watching him.

Either way never think of these wild animals as cute, cuddly, friendly creatures. Always keep your distant, respect them and remember you’re in their territory. They will protect their area and food, especially if they have cubs.

People don’t realize how fast one of these bears can run, and be on you in a matter of seconds!

If you’ve never been to Wyoming’s Yellowstone National Park, add it to your bucket list. It’s one of the most beautiful places on earth. So much to see, it will take you several days to go through it. Especially if you’re a photographer and love photographing the great out doors! 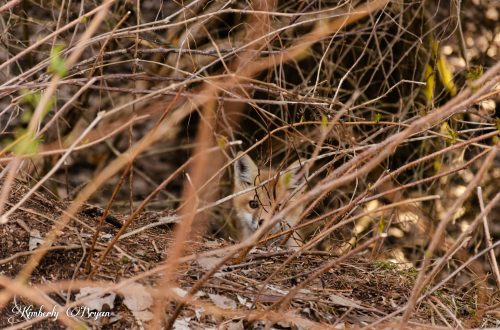 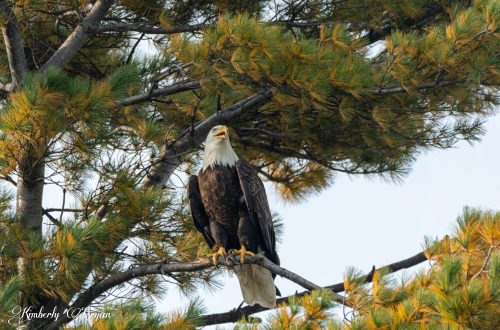 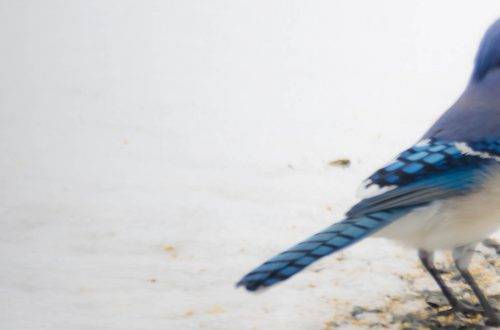