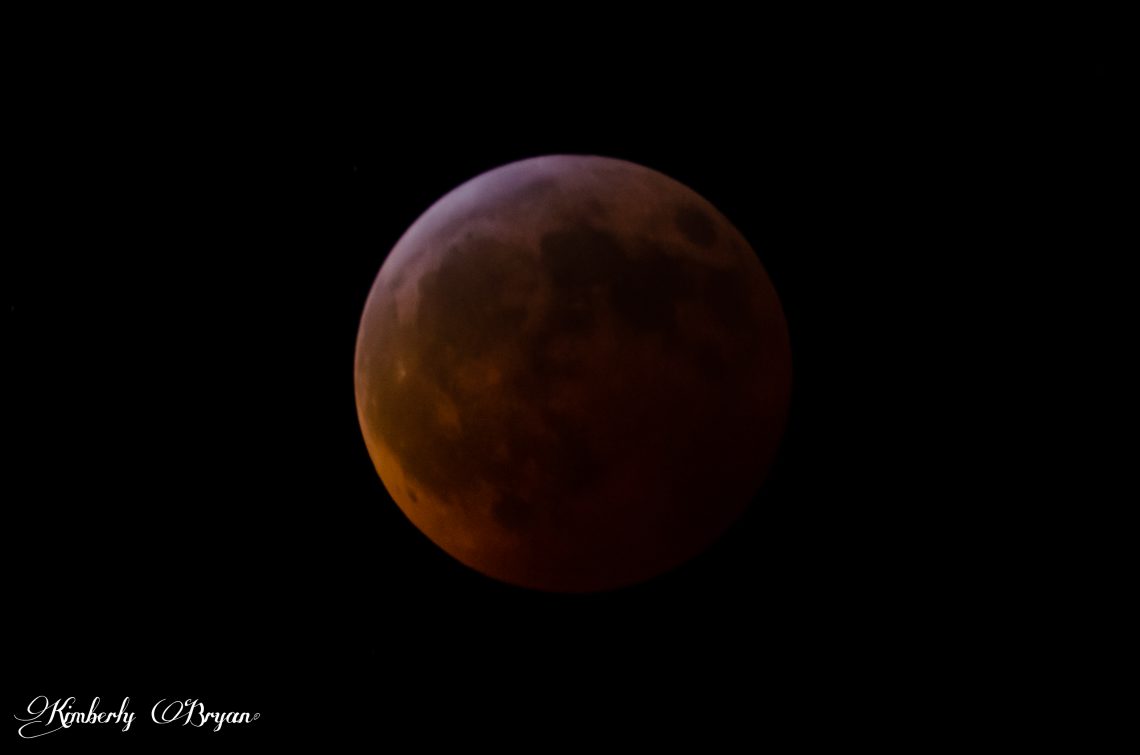 The Super Blue Blood Wolf Moon Total Lunar Eclipse 2019 was fully visible in Wisconsin. I hope those of you who wanted to watch this amazing event was able to do so. If you didn’t I’ll share with you what I was able to photograph through the different stages of the eclipse. 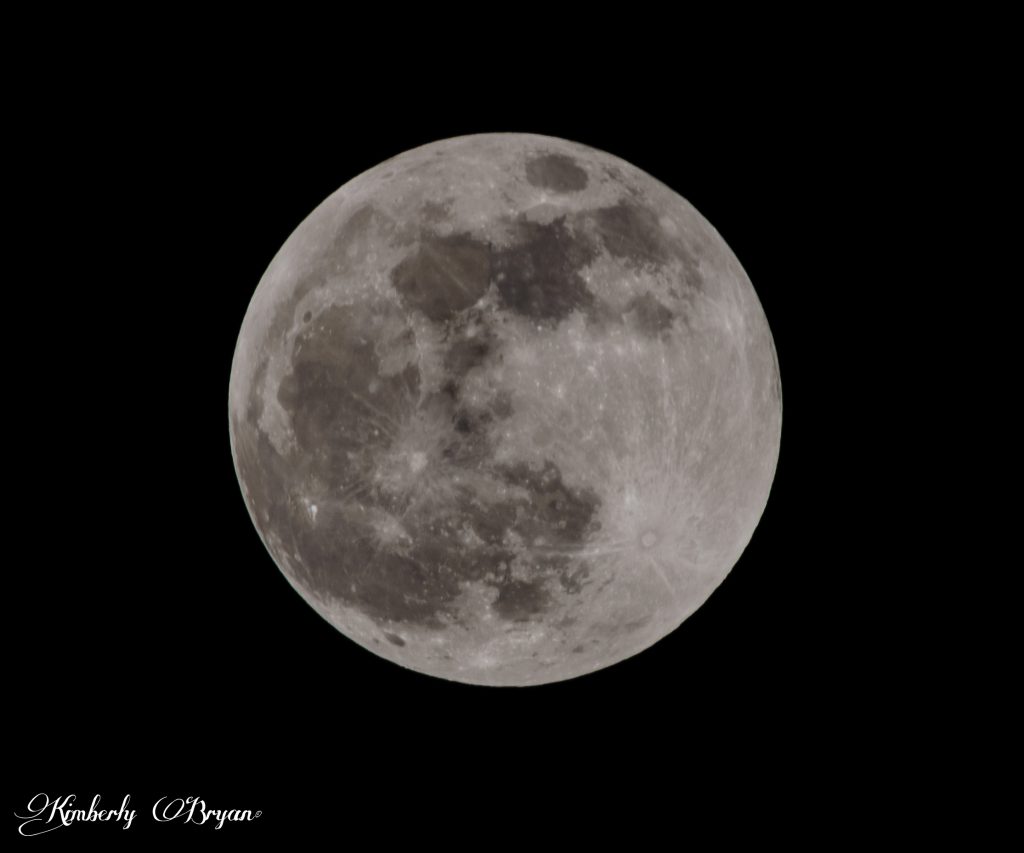 The above photo was taken at 9:30 pm so it took it about an hour to reach this shadow. 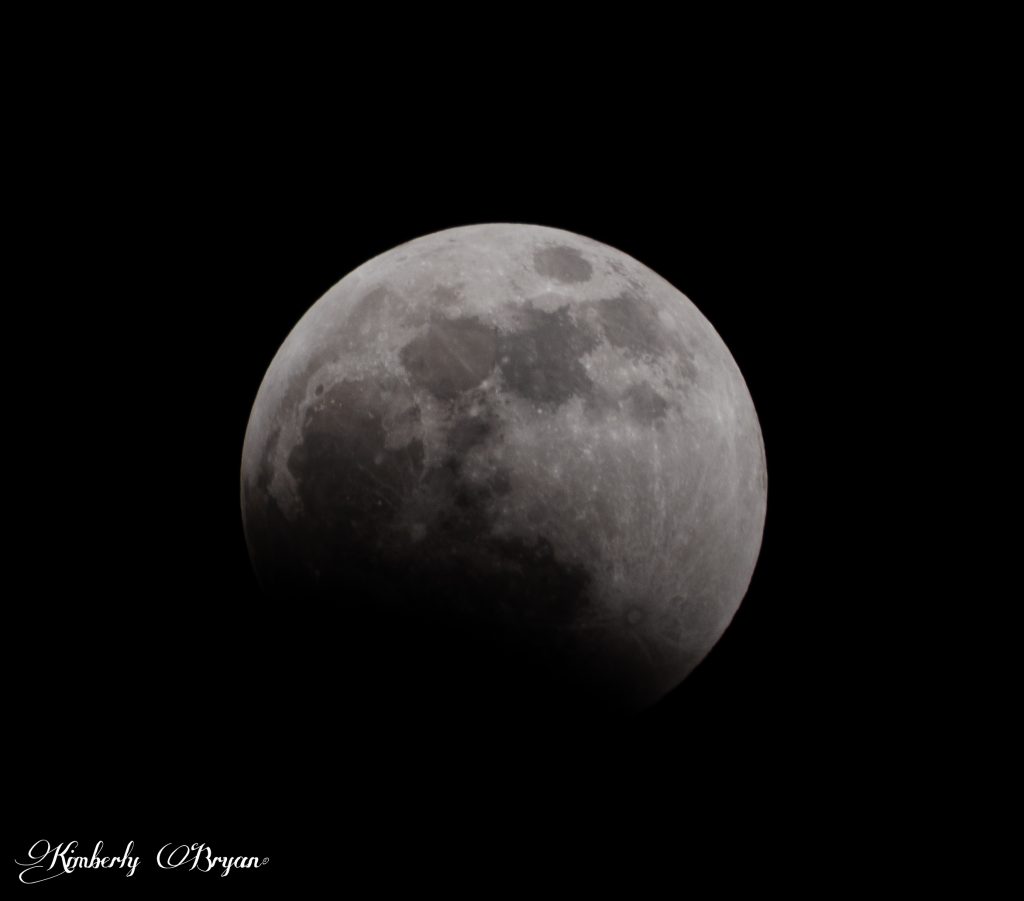 Here we are at 9:47 pm the shadow is getting darker now and making its way up the moons up the moon’s surface. 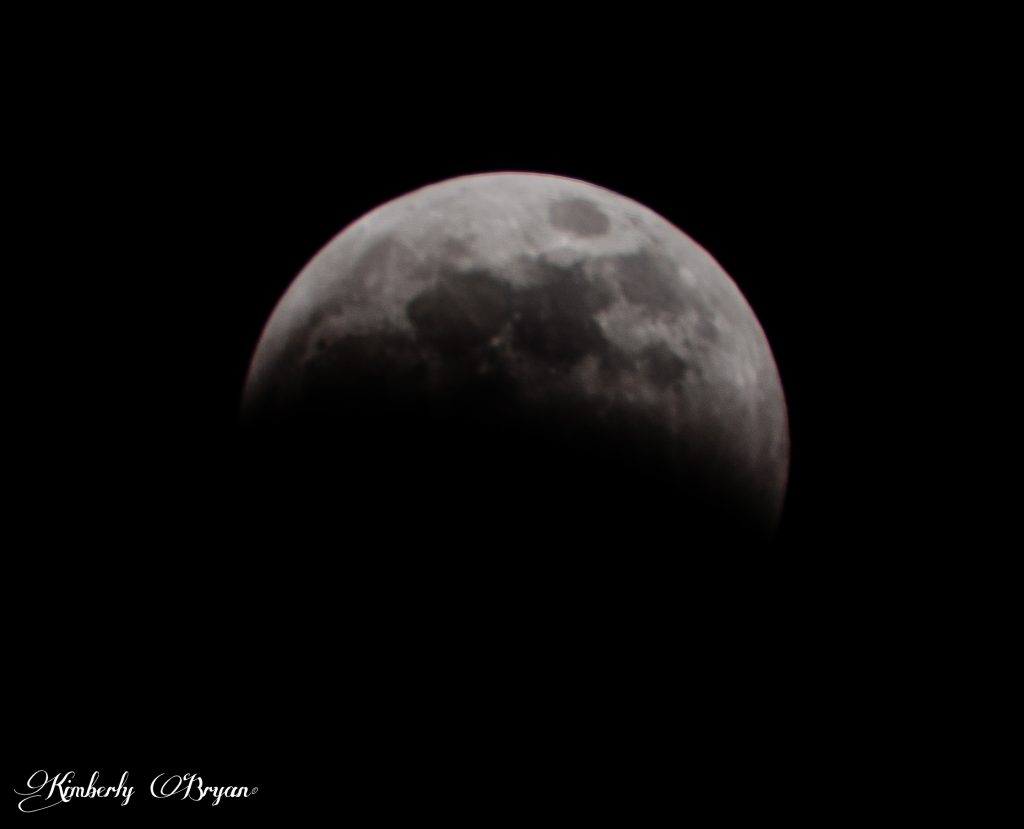 This photo is a little out of focus and I didn’t realize it until later. What actually caused this was steam coming from an exhaust vent from my house. The steam was rising up a cross my lens view and I didn’t catch it until later after going through my photos. So note to self watch where I place my tripod near my house. This was taken at 10:08 pm 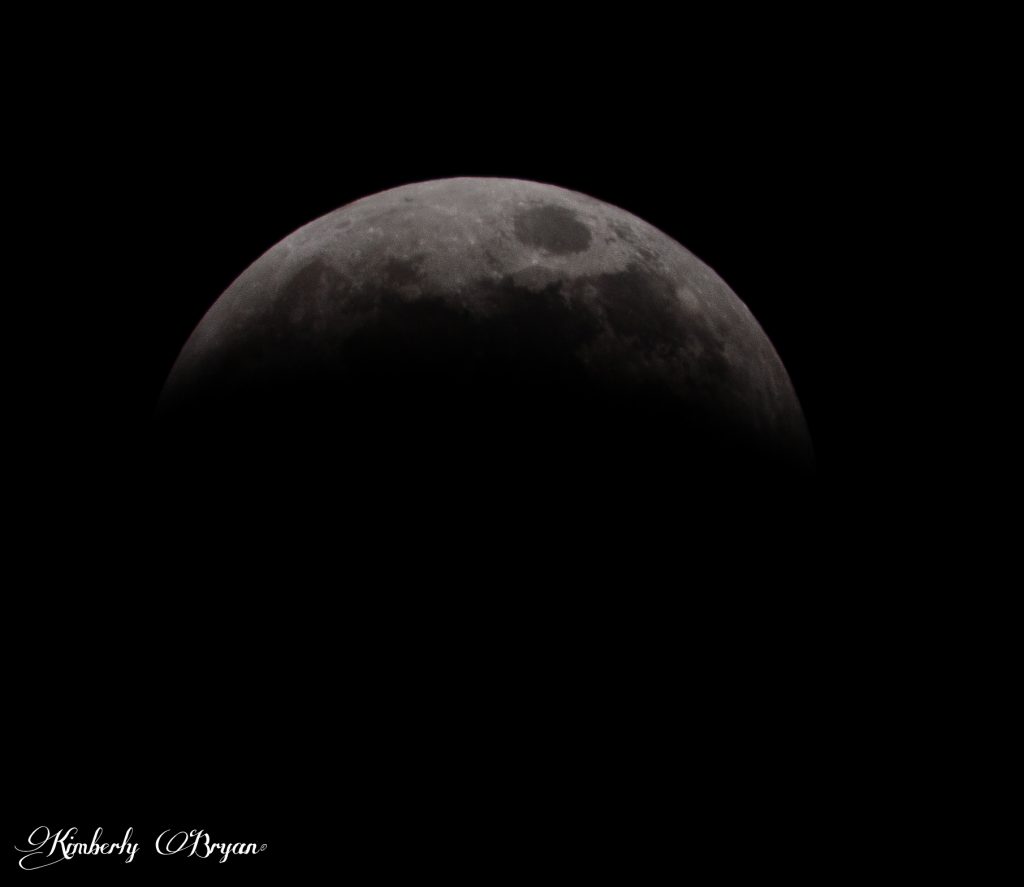 It’s almost reached its getting ready to be completely blackened out, taken at 10:19 pm. 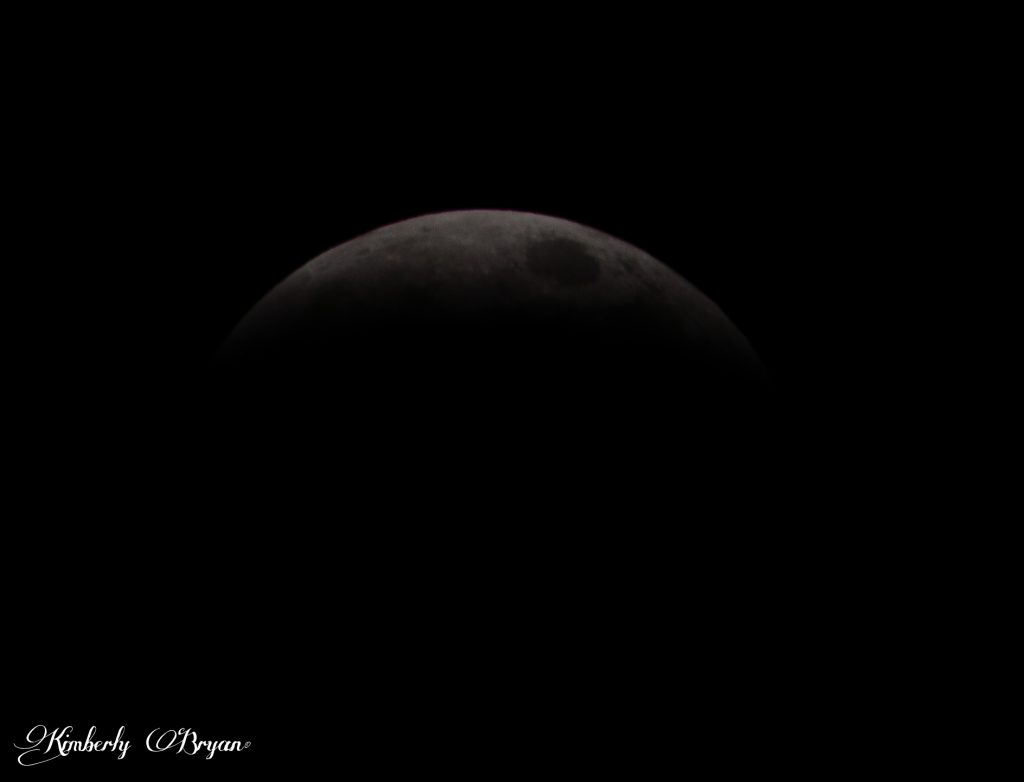 The shadow has now reached the top and the Moon completely blackened, taken at 10:27 pm. 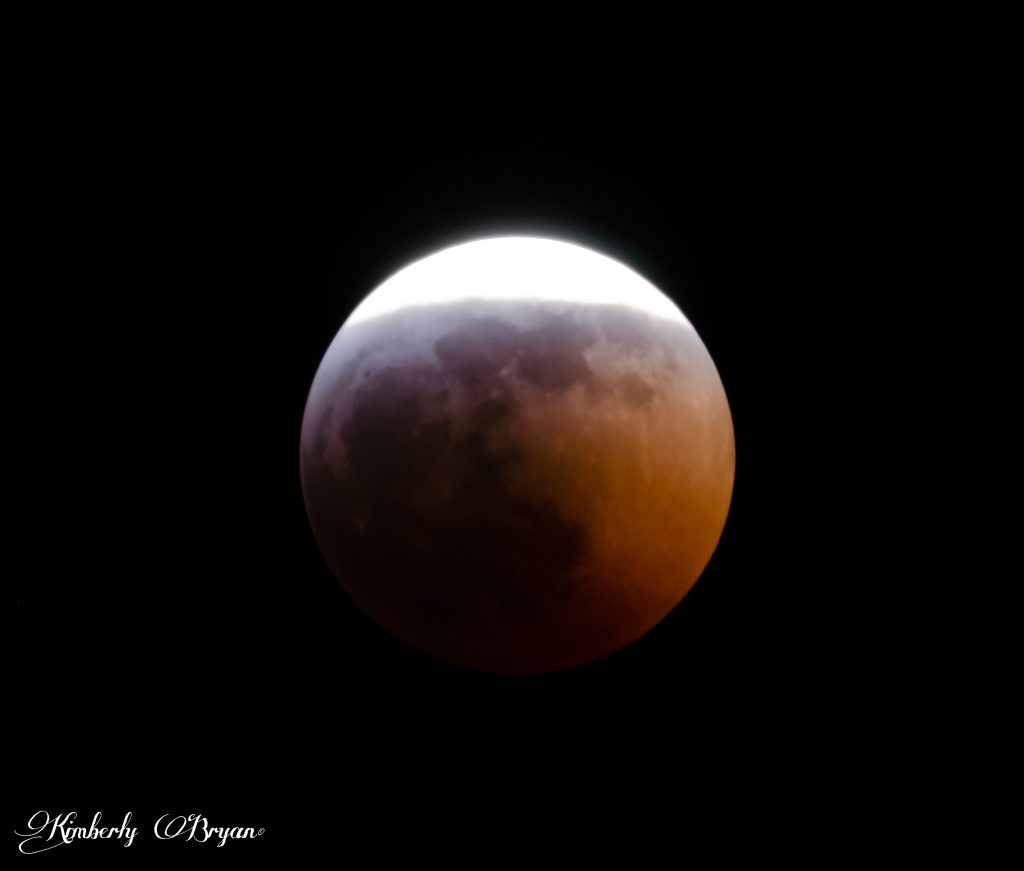 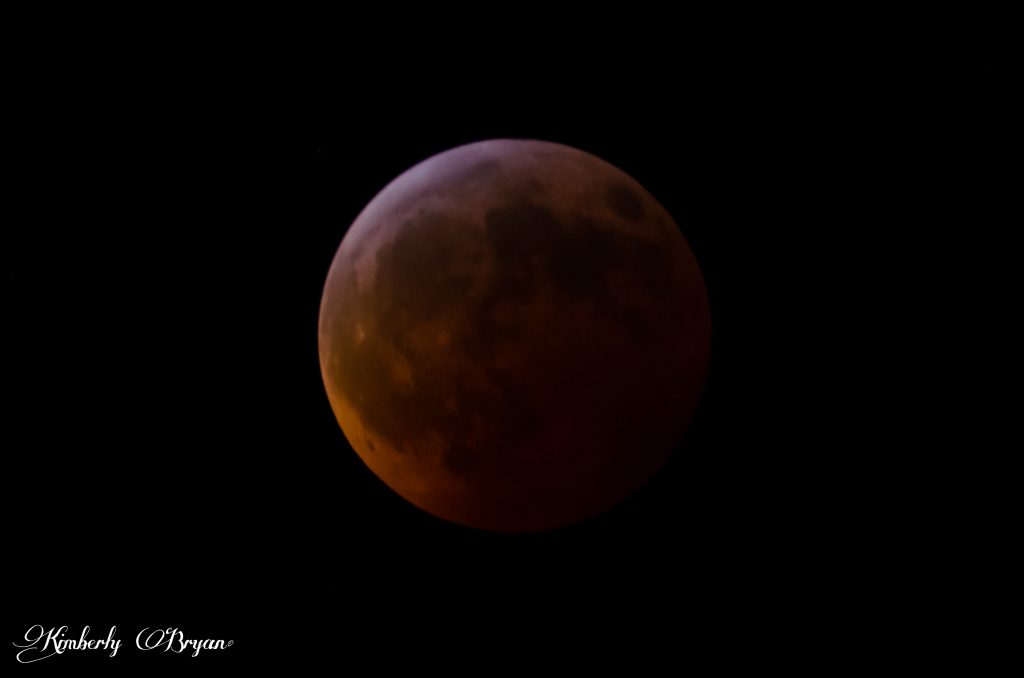 The Moon has now reached its Maximum Eclipse and has gone into its darkest and reddest state. When the Moon is closest to the shadow, what a gorgeous site that is! Taken at 10:51 pm. 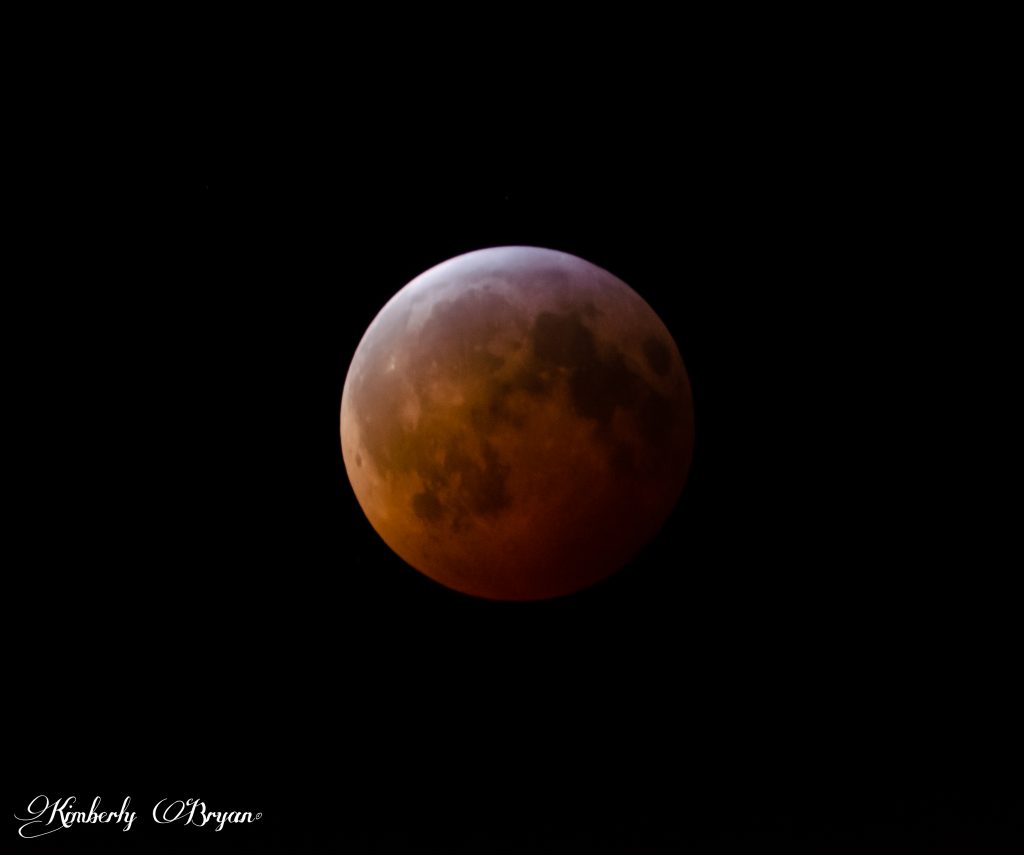 The Total Eclipse ends and the sun is now beginning to show its self. Taken at 11:27 pm. 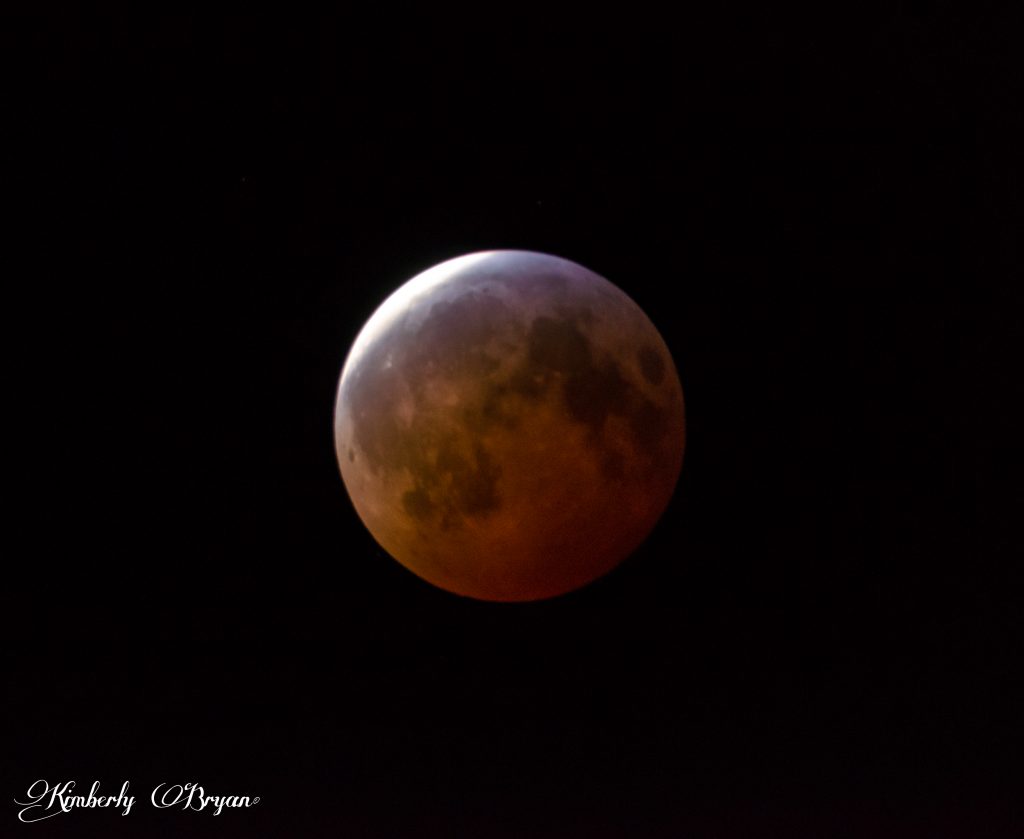 The partial Eclipse ends and the red disappears back into the dark, taken at 12:01 am. 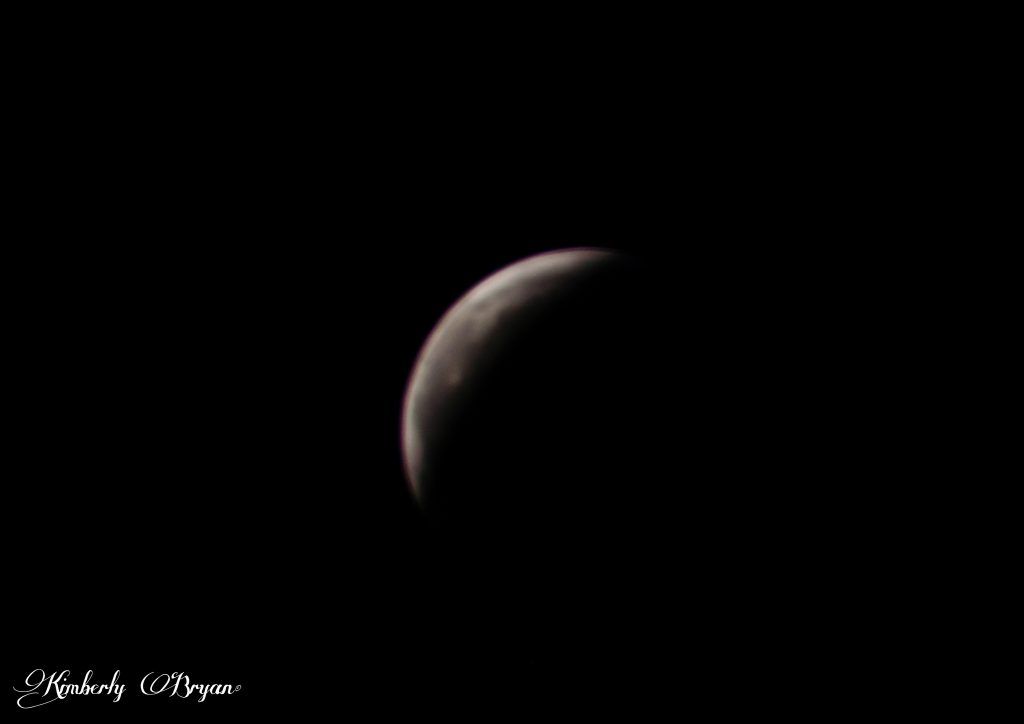 So now the Moon is beginning to come back to its old self again. 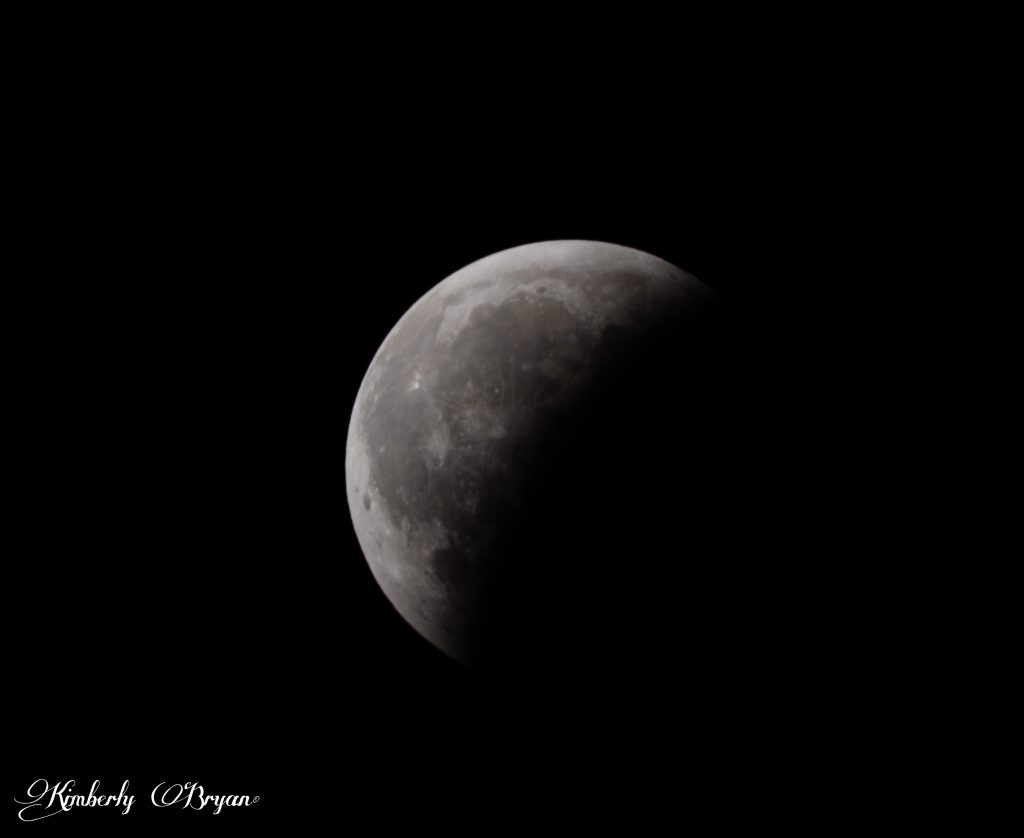 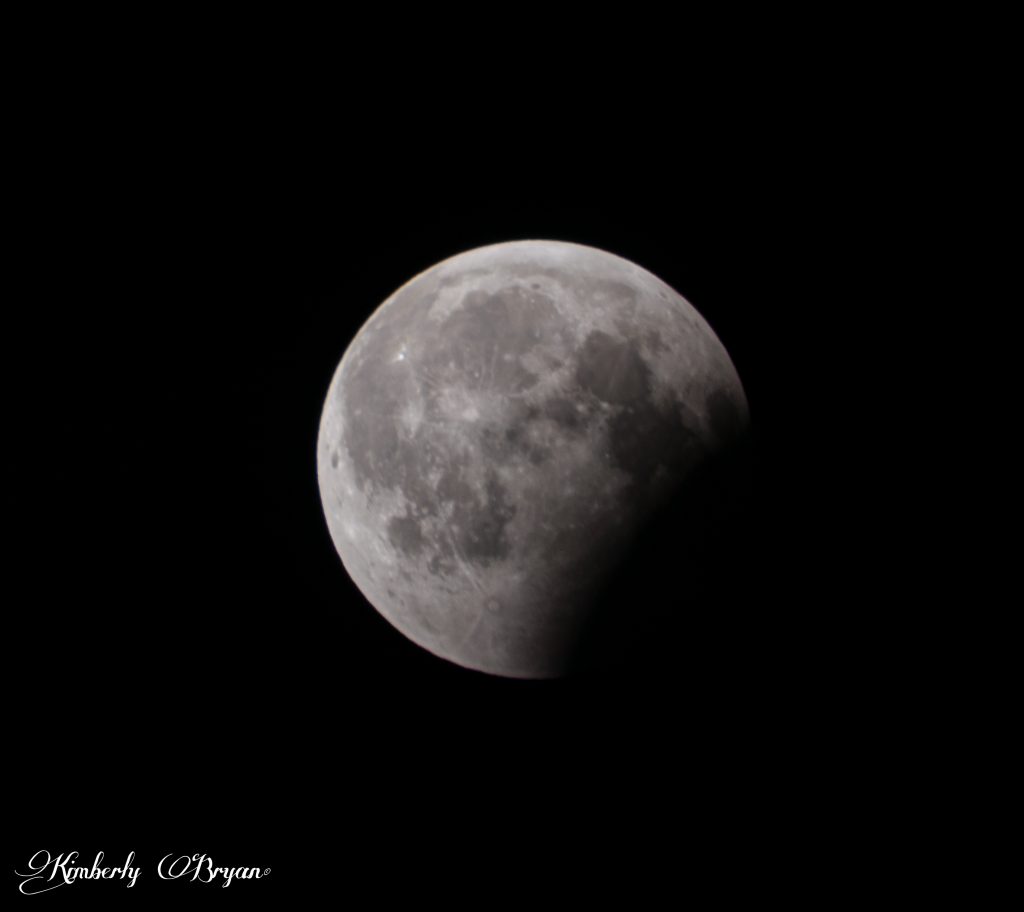 The Wolf Moon is now three-quarters the way done. Taken at 12:40 am. 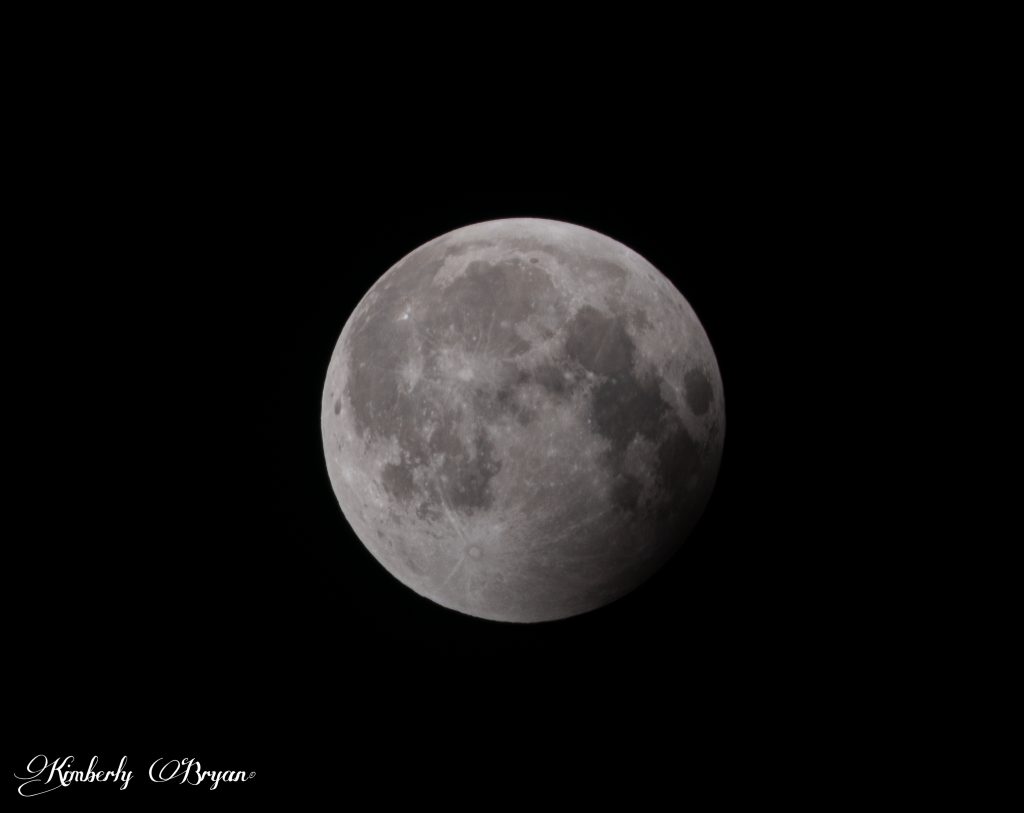 We are now at the end of the Penumbral Eclipse, taken at 1:03 am. 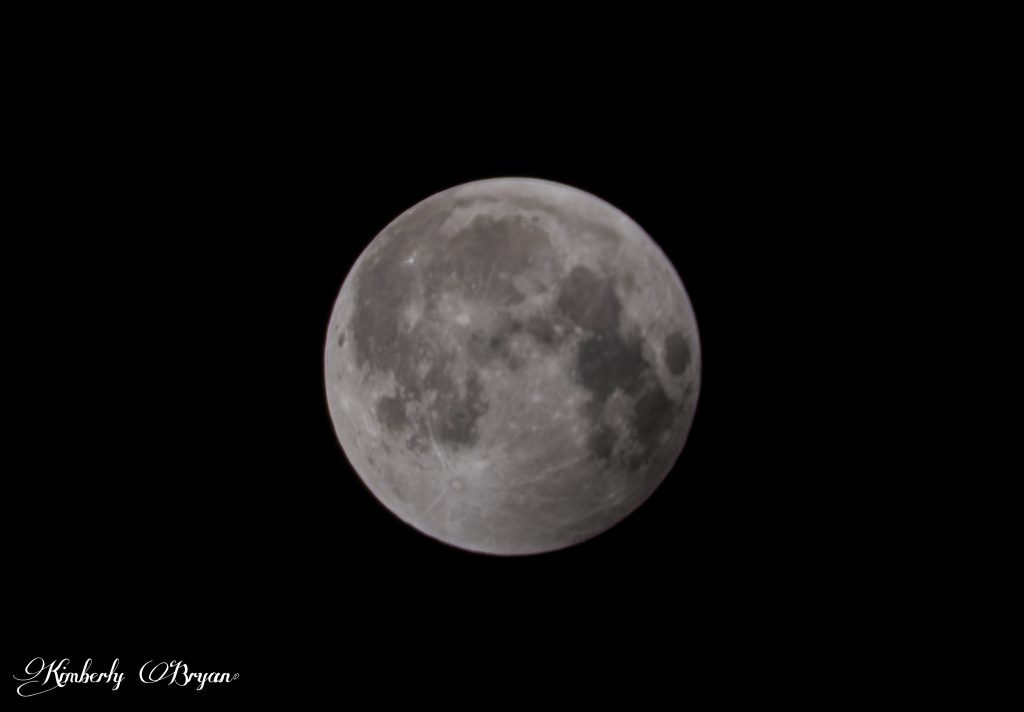 The January Wolf Super Blue Blood Moon Total Lunar Eclipse, is now complete! It was an amazing event to get to watch in person and to photograph it as well. I’m so thankful we had clear skies. It was very cold here, below 0 degrees. Towards the end of the eclipse my camera was starting to have issues with the cold.

One thing I really need to work on is my night photography. I don’t do a lot of night photos other than the bright moon. Getting that fine line of  Shutter speed, Aperture and ISO, can be tricky at night. It can be difficult to get that balance so you don’t get grainy photos.                                    I’d love to start with the Milky Way and have to do some research on which is the best lens for this. I think that will be my big focus for the year so I’m ready for the next big eclipse. Happy Mooning!

Happy Mother’s Day To All Us Mom’s 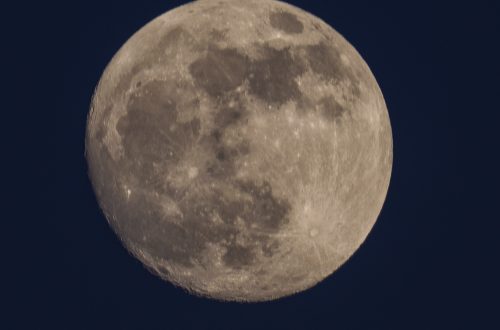 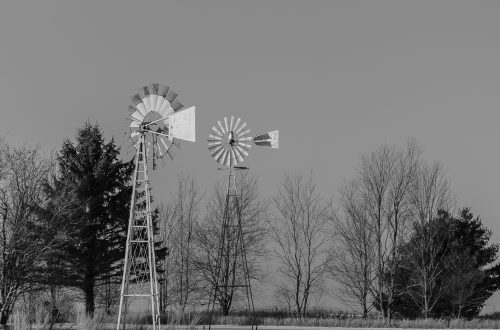