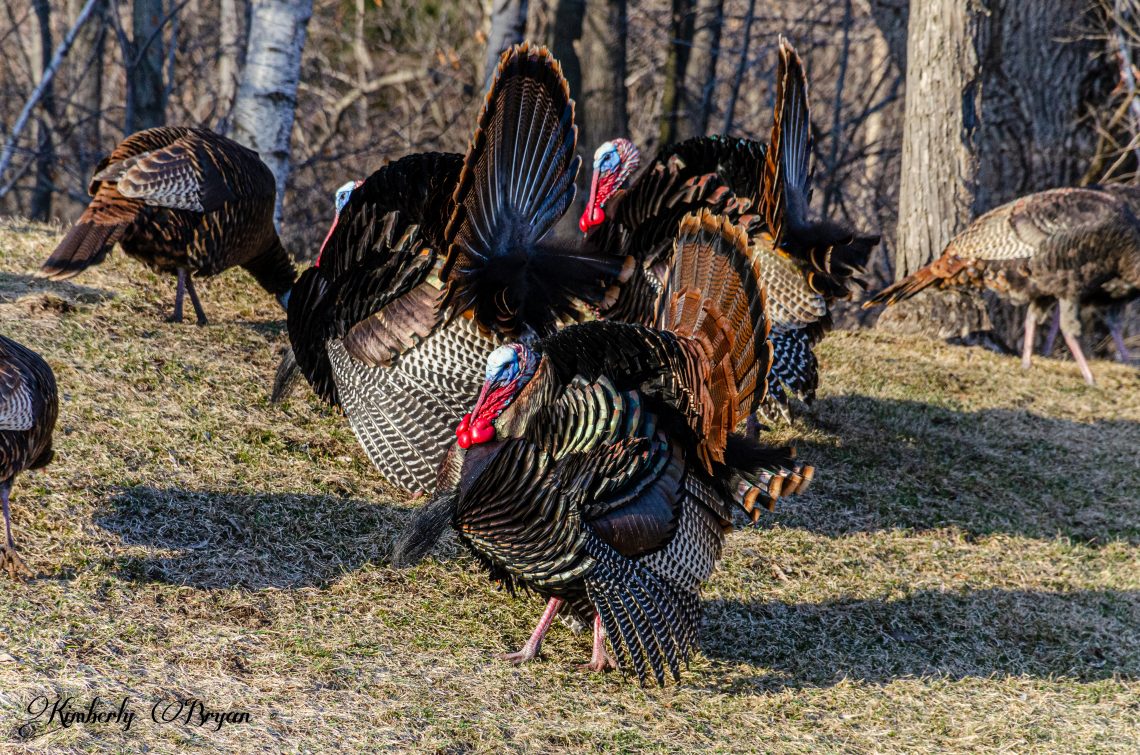 Spring is in the air and the turkeys are strutting their stuff. Like many areas around the country we have lots of turkeys. When it’s that time of the year for the males to start showing off their stuff for that special gal. 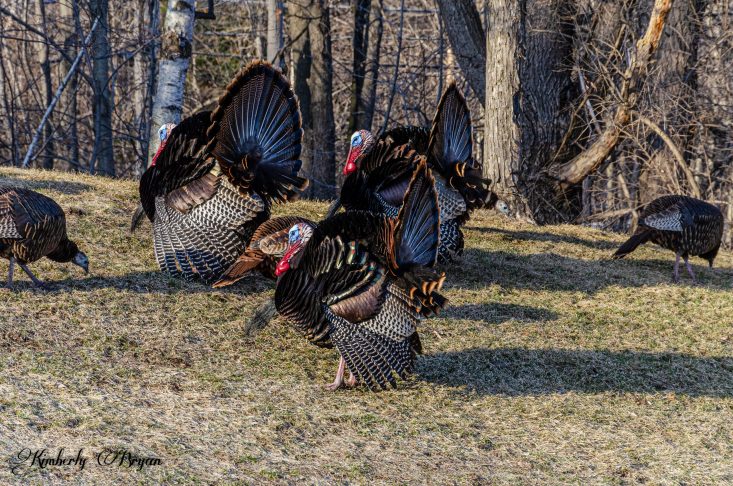 The male turkey or gobbler has a distinctive fleshy wattle or protuberance that hangs from the top of the beak ( called a snood). The length of the snood determines the male turkeys health. Female turkeys (hens) prefer males with long snoods. The snood length can also be used to predict the winner of a competition between males. So when spring is in the air the male turkeys are strutting their stuff. 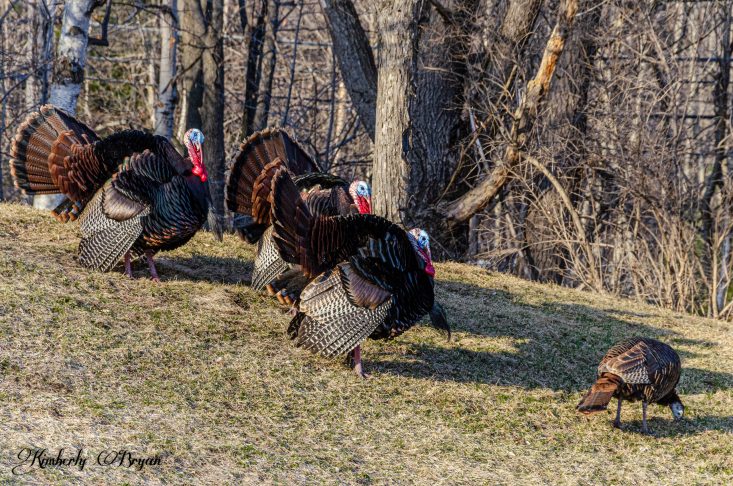 An adult gobbler weights 16 to 22 pounds on average, has a beard of modified feathers on his breast that reaches seven inches or more long, and has sharp spurs on his legs for fighting. A hen is smaller, weighing around 8-12 pounds, and has no beard or spurs. Both male and female have a snood ( a dangly appendage on the face), wattle ( red dangly bit under the chin) and only a few feathers on the head. 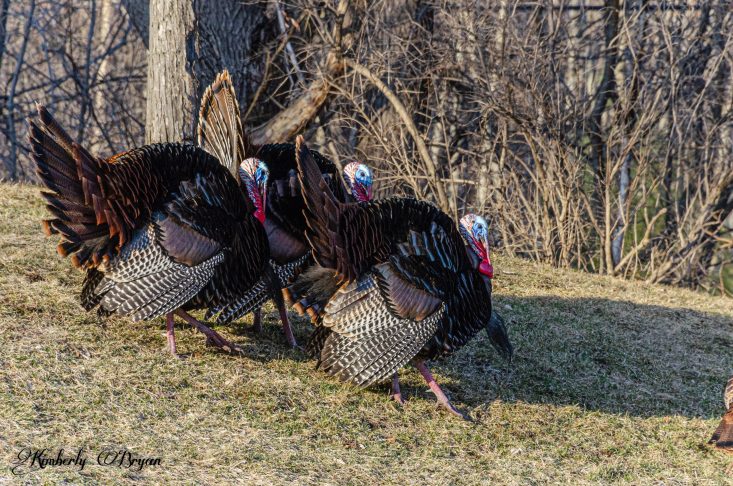 When a hen is ready to lay eggs she will have about 10 to 12 eggs, one egg per day, over a period of about two weeks. The eggs incubate for about 28 days before hatching. Baby turkeys, called poults, eat berries, seeds and insects, while adults have more varied diet that can include acorns and even small reptiles. 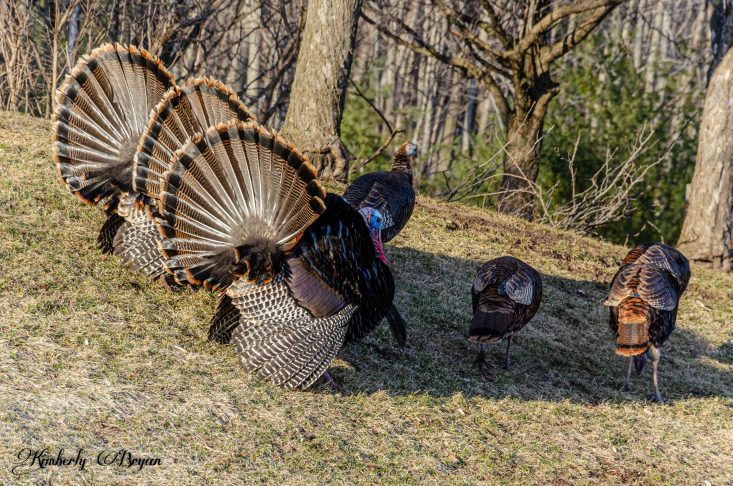 Turkeys can run at speeds up to 25 miles per hour and fly as fast as 55 miles per hour. As awkward as they look, one wouldn’t realize just how fast they can fly. They also have the ability to learn the precise details of an area over 1,000 acres. They are truly amazing birds so much so that Benjamin Franklin once praised them as being “a much more respectable bird” than the bald eagle. 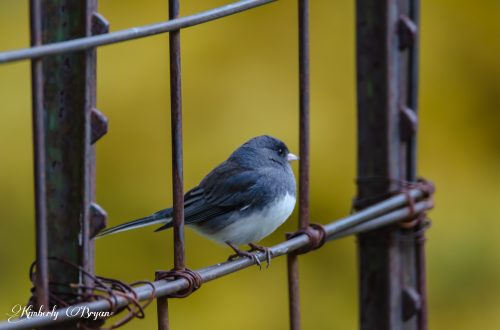 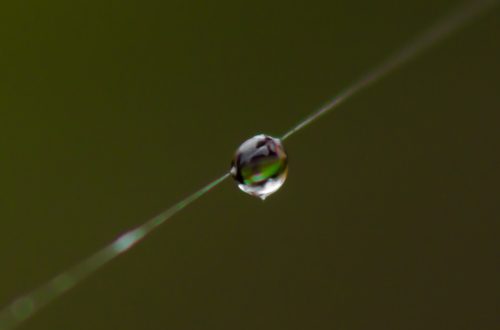 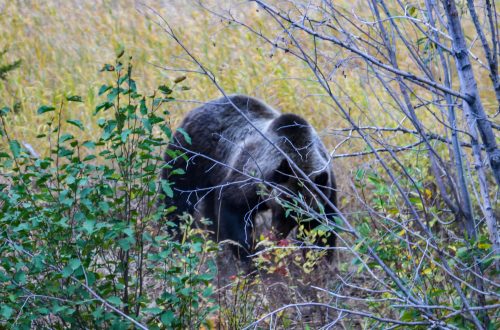