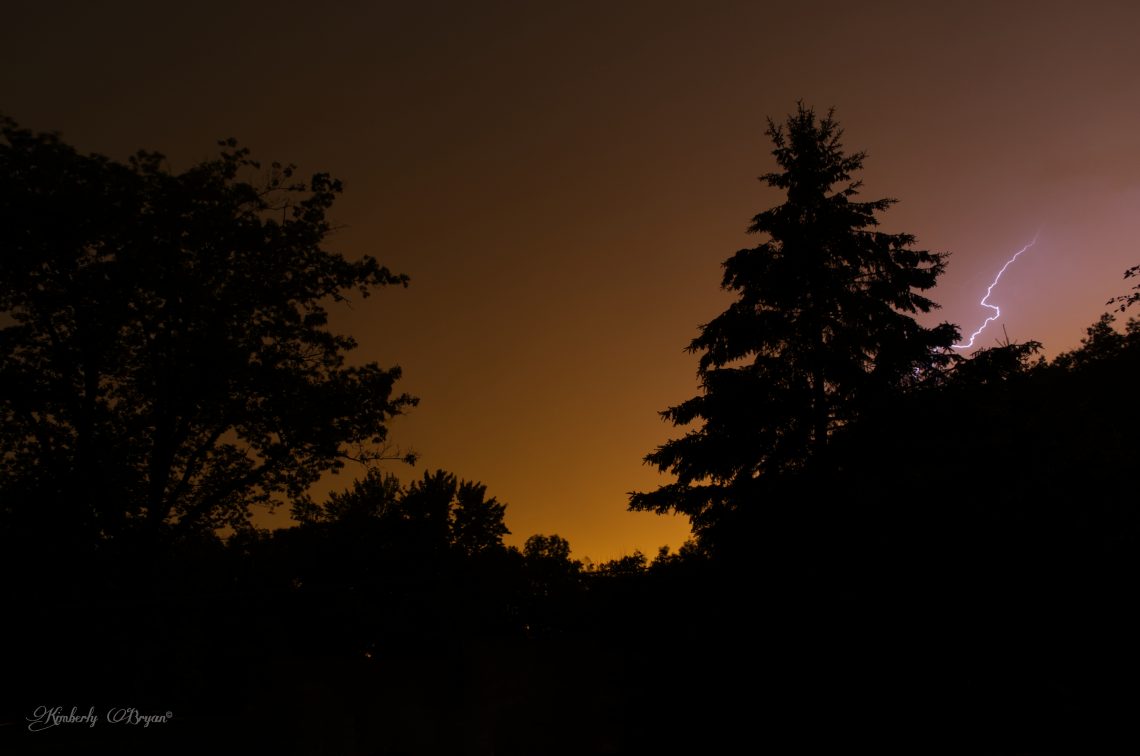 Lightning with yellow-orange skies, something I’ve never seen before. Here in Wisconsin, we are accustomed to getting a few damaging storms during the summer months. But, this storm was just a little bit different. My storm chasing sidekick and I, were out and about waiting for it to roll in. I was hoping it was going to bring with it, some below the cloud lightning. Here in my area it’s rather rare for the lightning to come down below the clouds. So it is a real treat to get to photograph it when it does.

From Green to Yellow-Orange Skies

It had been a near 100 degrees with very high humidity Friday July 19th. The clouds began to roll in with a few lightning bolts here and there. So we decided to drive out to my favorite storm watching spot. As soon as we arrived, a down pour came and the sky turned a very dark green. When the sky turns green, that’s a sign a tornado is on it’s way, and sure enough when we drove away, the sirens sounded off. It was raining, thundering and lightning so hard we almost had to pull off to the side road. Having been near tornadoes before, I new the signs, that one may have been in the vicinity. Sure enough, a tornado touched down in the Mosinee area. It was an EF-1  took down a barn, damaged hundreds of trees and took off several roofs. 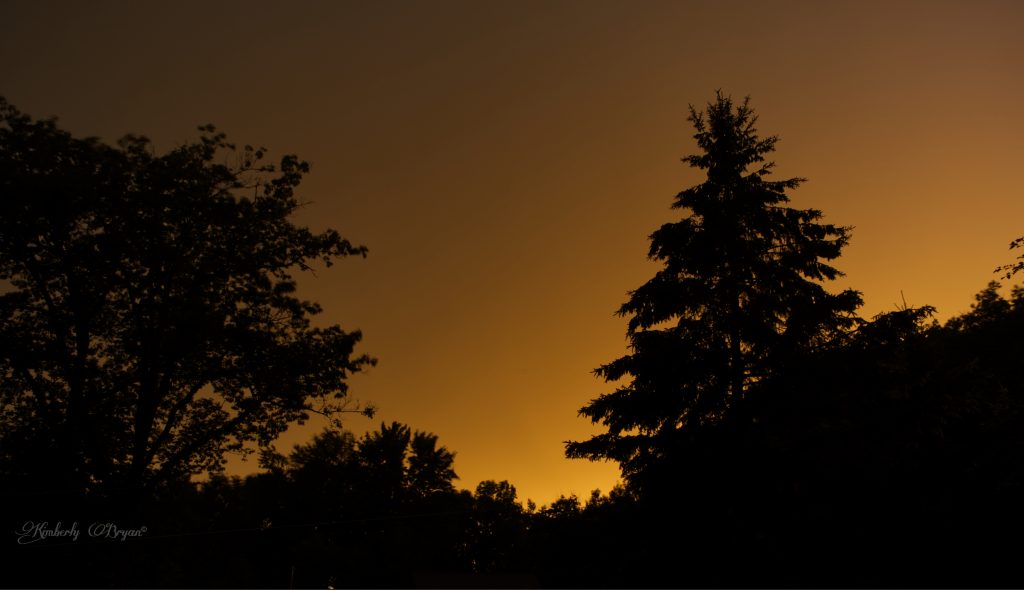 As we drove home, the rain began to lighten up and the sky went from green to yellow and orange. That was something I’ve never seen before! When it storms here it’s usually grey, blues, purples, mixed with some pinks.

As we pulled into my driveway, the rain slowed down enough to get out of the vehicle and into my garage. The sirens were still blowing, instead of heading for the basement! I set up my camera gear and start shooting away. I just couldn’t miss that intense lightning with yellow-orange skies.The color was breathtakingly beautiful, and it lasted for what it seemed like hours. Even when the sun had gone down, it went from bright yellow to orange. 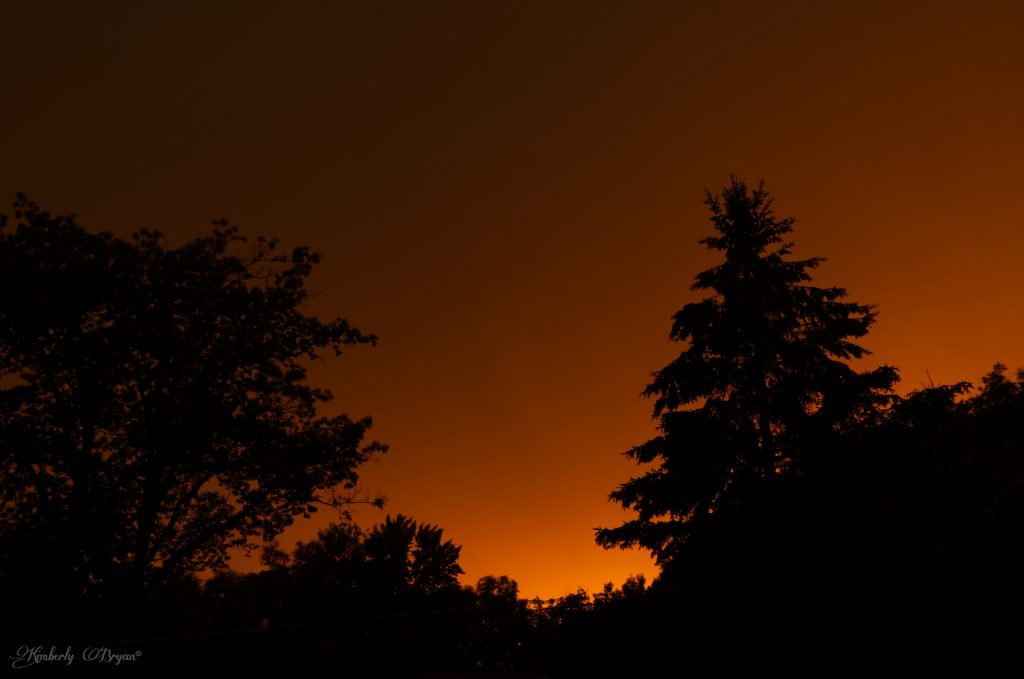 Funny thing is, earlier that day. I had written a blog post on “How to Photograph Lightning “. I was complaining that we never get to see actual lighting. Well, as they say, be careful what you ask for. We got the greatest below cloud lightning show, I’ve ever seen! It was an incredible site to a storm chaser, but it did cause a lot of damage, tornadoes, and power outages through out the state. 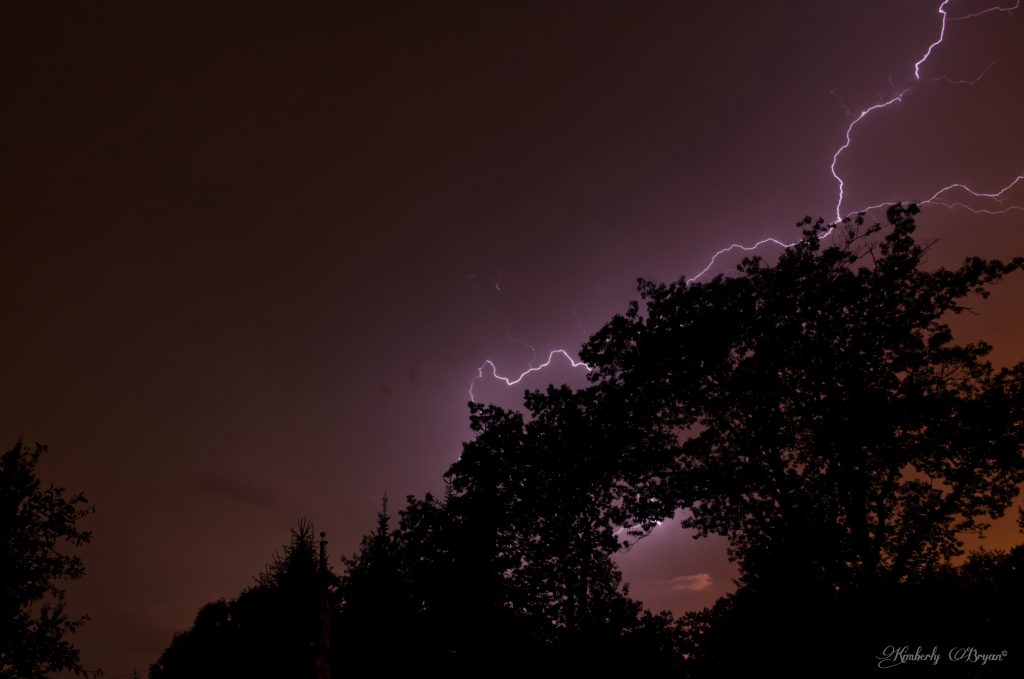 As the night went on, so did the storm and the sirens. I just stayed in my garage watching the show and snapping photos. It’s not an easy thing trying to photograph lightning, it’s hit and miss. As well as trying to keep it in focus. 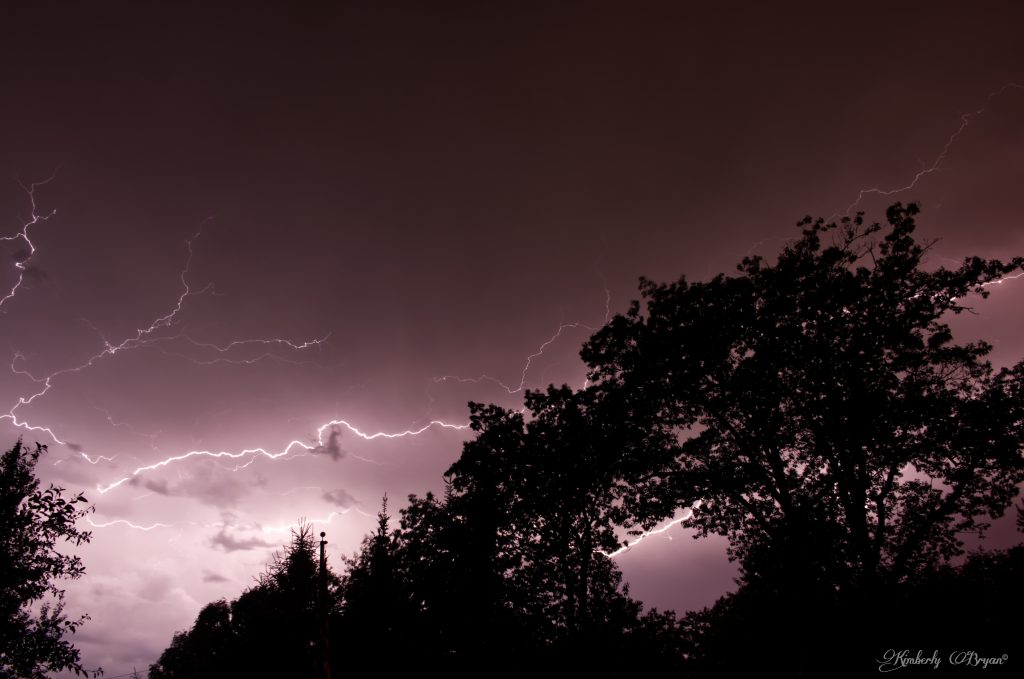 As the sun went down and completely out of site. The sky began to loose it’s yellow-orange glow. 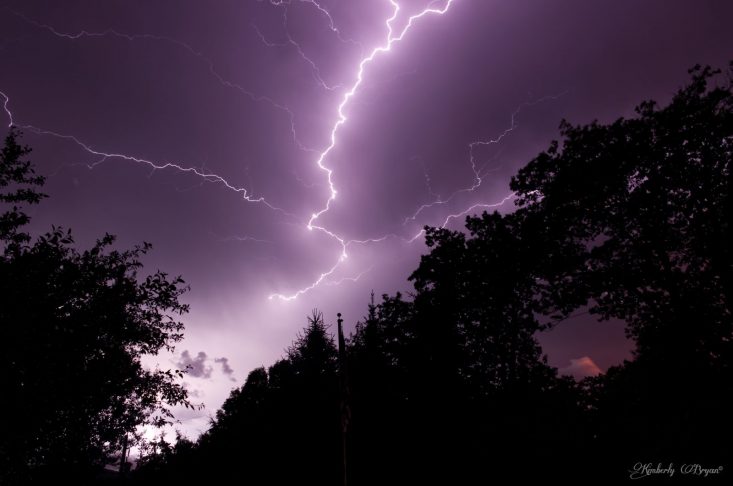 Then the lightning really began to show!

This storm went on for hours in my area and to the south. By the time I decided to stop taking lightning pics, it was after midnight! The flashes of pure electricity kept on, going as it was passing over the Rib MT. area. 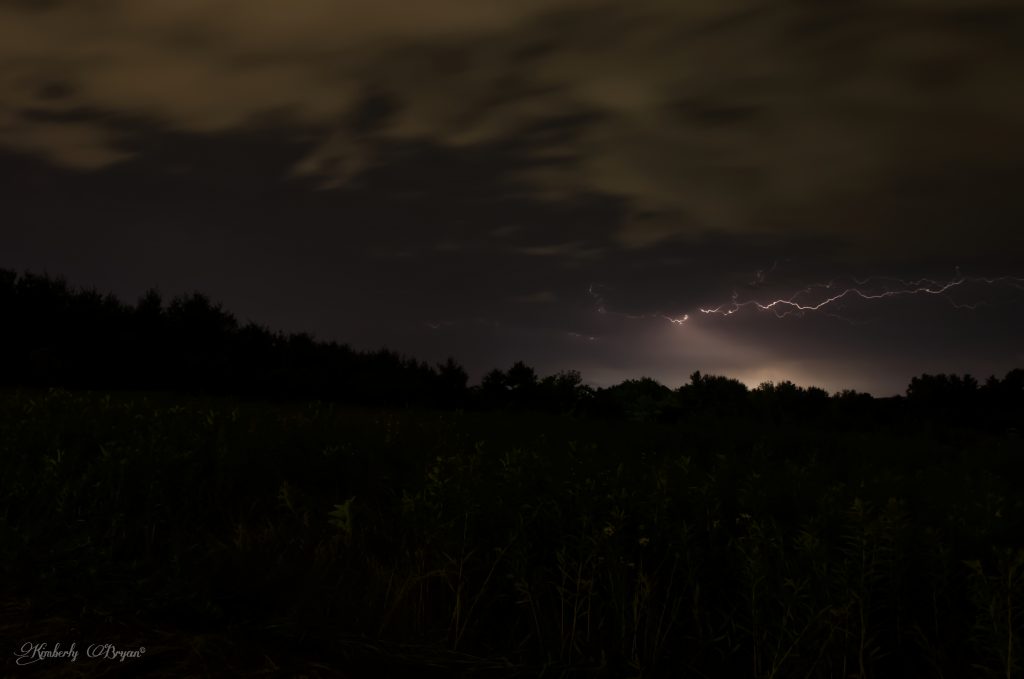 This storm ended up causing 9 tornadoes through out it’s path, with most areas left without power. Including my area, luckily for me my home didn’t loose power. I really love a good storm but, like I always say. Safety first, and being prepared for anything. Because you never know which way a storm may go. I’m one of those who’s prepped for anything, but when it happens it’s still an adjustment.

Always keep water, some type of food, flashlight, extra cloths and any other tools you made need handy. Every time you leave the house, take an emergency backpack with you. Filled with things that can save your life, life happens and no one is exempt from it. We’ve all been through it one way or the other. Better to be safe than sorry! 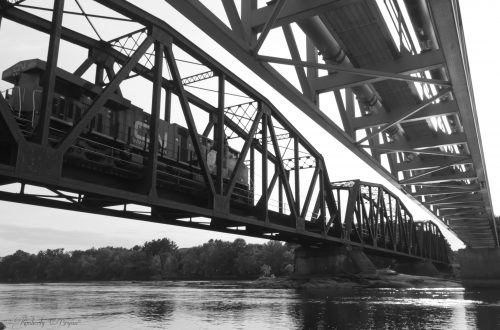 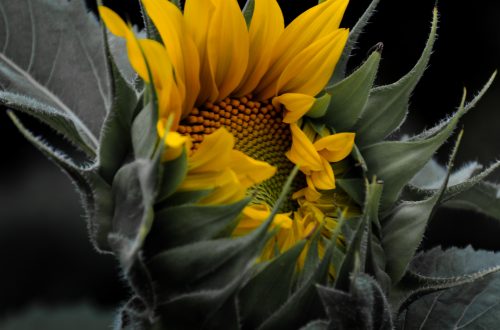 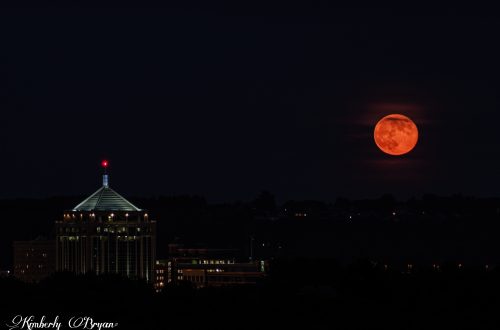